Not just in 2013, but for years to come God wants to do some amazing, BIG things in your life. Some of those things you have once desired, and some of those things are hidden in your heart. Hidden can be interpreted here in about two ways: (1) God has already ordained something for you that you currently have no idea about or (2) it’s something that every once in awhile you will acknowledge, but quickly and easily dismiss it. I want to focus on the latter. Why is the desire so easily dismissed? Maybe you think it is impossible or the process to attain it is too much to fathom. Well, those are just some of the reasons why it is still hidden. The mere fact that you occasionally revisit that desire may very well mean that it is something that you are to pursue. It could also be God’s way of reminding you that the seed has been planted. The seed wants to sprout and grow, but out of fear you keep it in the ground. It is time for us to utilize the measure of faith that we have and proclaim that if God is wanting to do something BIG in my life, then let it be, so. Pray about it and ask God to help you embrace it and speak it into the atmosphere. You can’t forget that God is an extremely creative God. If He has placed that on your heart, then He has the means and resources ready to make it come into fruition.

Jeremiah 33:3 says, “Call unto me, and I will answer thee, and shew you great and might things, which though knowest not.”

As human beings, most of us want that new thing. So with that, I’m sure you have called on Him. And since you called on Him, He has shown you something. Now that He has shown you something and kept His Word, what have you done after the big reveal? Don’t hide it and then say, “God I don’t see you moving”. He moved! He planted a seed of desire in your heart. Act on it and watch what it bears.

Allow me to be transparent for a moment. Back in 2005 (the year I graduated from Grambling State University with dual degrees in Computer Information Systems and Accounting) a little seed called “take the Certified Public Accounting (CPA) exam” was planted. I don’t know about you, but I almost despise taking any standardized test. So I said (in the voice of YouTube sensation Sweet Brown) “I ain’t got time for that”. I came up with every excuse not to take the CPA exam. Over the course of 7 years, I would occasionally have a desire to take the exam, but would continue to dismiss it. It wasn’t until the middle of 2012 that I stopped the resistance and said, “God, if this is what you want me to do for whatever reason, then I will do it.” What did I just do? I stopped hiding the secret desire that kept surfacing and prayed about it to the creator of this never ending desire. Not long after that, I received confirmation from three people on the same day that I was to take that test. “Ding Ding”. Lord, you don’t have to tell me again, I got it. I can say that I am currently sitting for one of the most demanding, expensive certification tests in the business field. That small seed of desire has elevated from just being occasional to constant all because I uncovered the secret desire. Now not only has God started to reveal the purpose of this exam for my life, but I am determined to do whatever it takes to pass the exam. You may not know at this point what the purpose of the desire is. Just know that if the desire was placed there, then “best” believe God has something awesome that He wants to show you and show others through you.

So what is the big thing that has been placed on your heart? What do you keep saying that you want to do monotonously, but don’t take it beyond verbally saying you want to do it? Have you dismissed it? Well say this out loud with boldness,

“God, if this BIG thing is something that you want to do in my life, I bind fear and release faith. The same faith that allows me to believe in you, your creation, your provision, your plan for redemption, and your promise of a life of eternity will be the same measure of faith I will use to believe that I can do exceedingly, abundantly above all I can ask, think or imagine. In Jesus Name. Amen”

Now I would be remised if I painted a perfect picture. Your big dream may not happen tomorrow, but I promise if you will uncover the idea and begin to take steps of faith, eventually those steps will lead you upward to where the full manifestation lies. The journey won’t be easy (stayed tuned for future postings on this matter), but what He has promised and ordained will come to fruition….. If you let it! It’s yours for the asking. Receive it, pray about, go forth, tell others, and help others!

Hope this encouraged and/or inspired you, as well as MADE YOU SMILE.

Can Your Dry Situation Live? 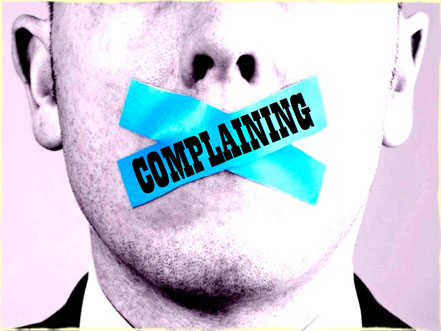